The great Swiss art historian, Jacob Burckhardt, predicted from his mid-nineteenth-century promontory that in the twentieth century cataclysms would be brought about by leaders described as "terrible simplifiers". Art's Delphic ability to peer into the political future is reflected in the rich assortment of works at the Branner-Spangenberg Gallery's "Politics (NOT) As Usual" juried group exhibit and competition, on display through November 13, 2016 (the gallery is open 1-4 P.M. on Saturdays and Sundays or by appointment)

The exhibit consists of 43 works submitted by 21 artists. The upcoming presidential contest is the elephant in the living room, and themes range from subdued wariness (Anna Rotty), meticulous constructions focusing on gun violence (Kerith Lisi), and testaments to the power of symbols (Lynn Aisawa), to colorful expositions of imperial nakedness (Elizabeth Noerdlinger), humorous constructions (Diana Krevsky;), conceptual exploration of criteria used by prospective voters (Kent Manske and Nanette Wylde), and bold, dramatic images that (hopefully) do not predict the ascendancy of any terrible simplifiers (Kevin Blake, Josie Lorca), to name a few.

Taken as a whole, the exhibit is at once optimistic, humorous, and keenly perceptive of the dystopian turmoil that seems to be looming on the horizon. The gallery will be open for an election-night vigil starting at 5:30 P.M. on Tuesday, November 8 and continuing until closure or exhaustion sets in, whichever is first. Visitors are encouraged to bring snacks and/or beverages of their choice, and the four winners of the competition will be announced (these will be awarded a future show at the gallery). The event promises to be a rewarding experience, whether the evening winds up as cause for celebration, or -- for example -- the updated version of a warm August night in 1914. 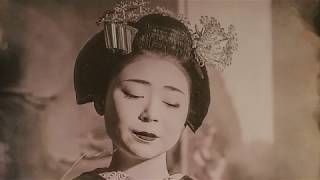